Lolo’s Plight has finished his nightly prayers. I’m on the living room couch. It’s 11 pm, Easter Sunday.  Mosquitoes are buzzing me like unmanned drones over Afghanistan searching for Taliban militia.  My asawa is stationed in the nipa hut located in the front yard of her home in Guimaras. She’s keeping a watchful eye on her tatay (father) who has become very delusional. 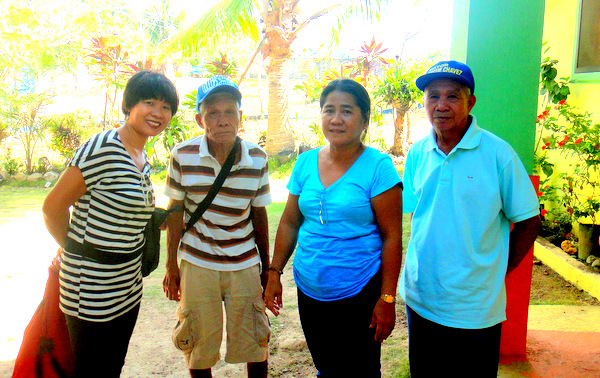 My father-in-law has been seeing invisible duwendes and talking to an invisible girlfriend. At 80 years of age, lolo (grandpa) seems to be going off the deep end. He’s losing it. Me, I’m an American expat living in the Philippines that is just trying to get some sleep. That’s my only problem. I’m lucky. But I’m only 20 years younger than my afflicted father-in-law. My day of reckoning might come.  An intervention crew came to visit him (see above picture) on Easter Sunday to try and convince him to stay at the family compound and not go back to his home in Buluangan.

I finally drift off to meet The Sandman. Around midnight, I’m awakened by a disturbance in the nipa hut. Sounds like my father-in-law is trying to get up and go walk around outside again. But there is no way he will get past my asawa. She’s posted herself by the front door of the hut.  After 15 minutes tatay settles down and  silence sweeps across the edge of the jungle again. But not for long.

One hour later Lolo is screaming! He’s extremely agitated!  It takes a few minutes but my asawa  calms him down. I later find out that he was talking to his invisible girlfriend, Pearly. Pearly was giving him the third degree:

“What are you doing there sleeping with Rogelia?” Pearly asked. (Rogelia is lolo’s wife, my mother-in-law, The Feared Giant Lizard Killer. They’ve been separated for years.)

“She is in the house!” lolo explains, “I am in the nipa hut! Shut up you crazy woman!”

“So you are sleeping with your daughter?” is the girlfriend’s next accusation.

“I’m not! She’s in another room! And she has a husband! An American!” is lolo’s reply. 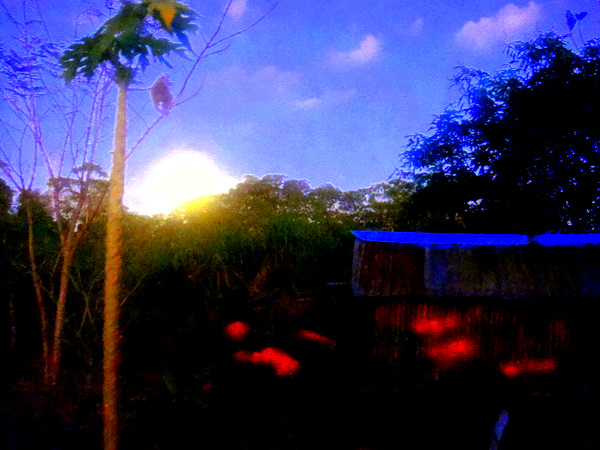 Trouble in paradise on the edge of the jungle in Guimaras

Things are quiet for the next two hours after Pearly stops her interrogation.  I manage to grab some sleep and get up at 4:00. Lolo and my asawa are still snoozing.  Around 5 am, brother-in-law Joery comes back from the hospital, where his wife, Alida,  has checked into. My sister-in-law has been running a high fever.  The doctor’s are running different tests on her.

Our nephew Sharwen is outside taking care of lola’s cow, something my brother-in-law usually does. Sharwen and his sister Shaina have been staying in Guimaras during their summer vacation. 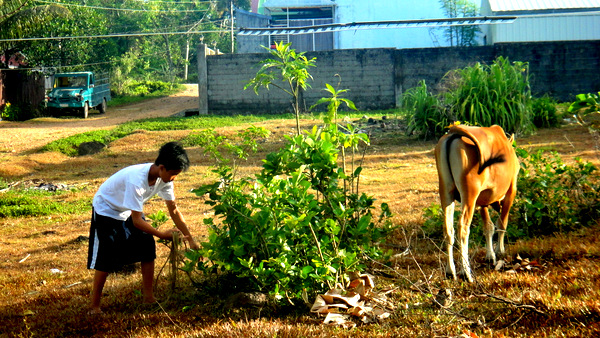 My spouse wakes up. I give her P13 for a bottle of Coke from my brother-in-law’s sari sari store located in the nipa hut. No tea in the house. Only some instant coffee I don’t care for. I need my daily fix of caffeine.

While waiting for my asawa to get ready for our return to Iloilo where she will buy the lemon that the healer in Guimaras prescribed for lolo, I wander around to take the following photos. 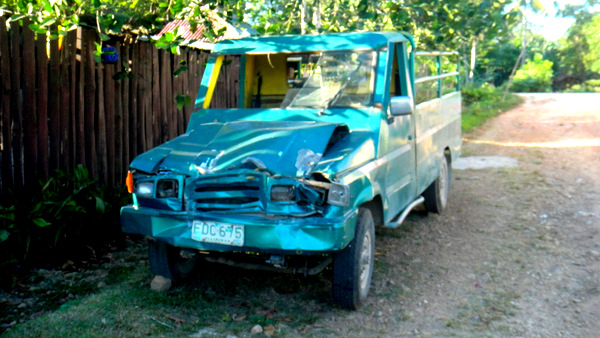 Our neighbor’s truck has seen better days. I didn’t ask what happened. Too much Red Horse, perhaps? 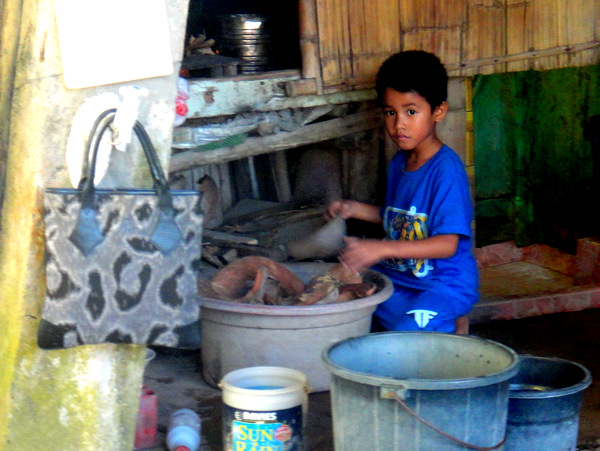 Nephew Jorreal has gathered coconuts husks to fuel the fire for the morning breakfast meal. 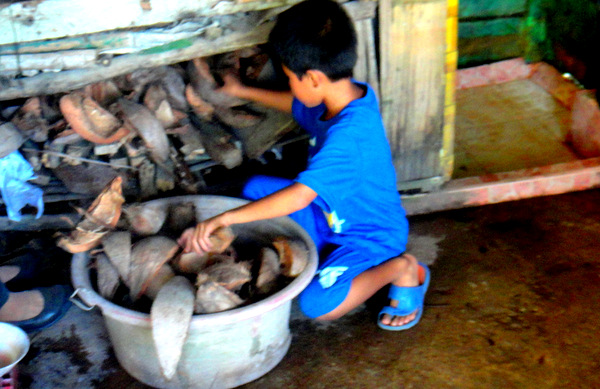 Next up is our niece Den Den sitting on the top of the well. My brother-in-law, Joery,  has posted a notice on the main gate that the well, which everyone in the neighborhood gets their drinking water from, is closed for the annual cleaning. At this time of year, summertime in the Philippines, the water level is at it’s lowest.

Joery usually climbs down the well on a rope to scrub the walls and used to have a neighbor, Rudulfo, that helped him. Unfortunately, Rudulfo passed away last year. Only in his 40’s. 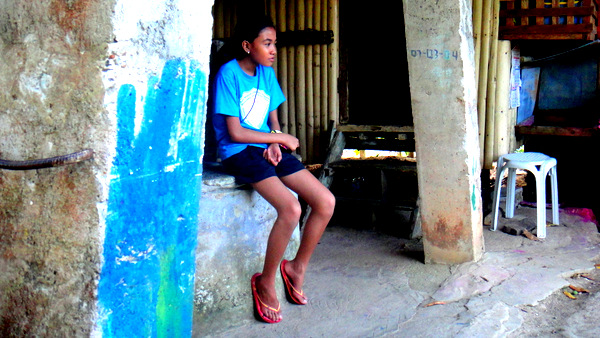 Here’ s my lovely spouse with our little niece, JalAmiel, posing for this picture. JalAmiel is naturally upset to learn her mama is in the hospital and tita (auntie) is trying to cheer her up. 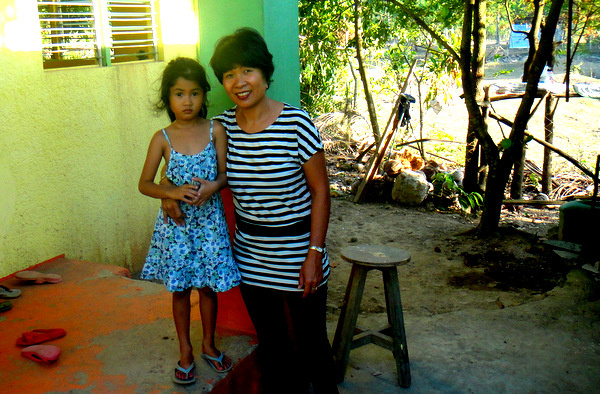 We head out for the Jordan Wharf in Guimaras back to our home in Iloilo later that Monday morning.  My faithful, loving spouse packs a bag before she returns to the mango province to care for her father. She’ll stop at Robinsons on the way to the Ortiz Wharf where the pump boats to the Jordan Wharf in Guimaras are docked. Has to buy that lemon that the healer prescribed.

I’m home alone. Our nieces April and Michelle are working.


Lolo had left Monday morning to return to his home in  Buluangan to get a few items and to “tie up his house” (as my wife phrased it.) Lolo did return later on Monday but upon his arrival he excitedly claimed that his wife, lola, had been calling out to him for help. He claimed our brother-in-law, Joery, was attacking her. He’s completely lost it. My spouse calmed him down and informed him that Joery has been at the hospital watching over his wife, Alida. Lola has been at home the entire time. 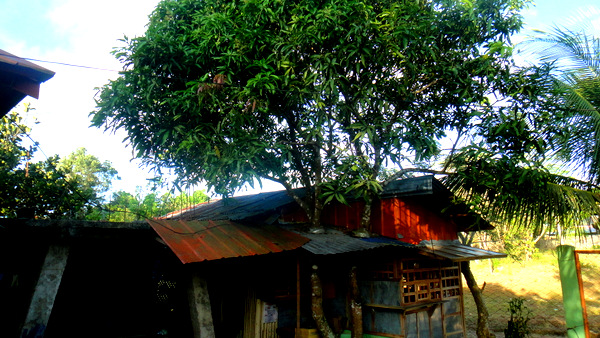 It was a rough Monday night for my wife. Her father kept waking up, yelling and making all sorts of wild claims. My asawa informed her tatay that he was  “losing his mind.” “If anyone says that to me, I will bite them,” he stated. But he had agreed to stay at the house but only because my wife wants him to stay. My asawa can be very persuasive, with or without her trusted bolo.

Tuesday night was much calmer. Lolo only woke up once at 3 am asking for coffee. The roasted lemon has been applied to his head and he was taking vitamins that the healer prescribed. Wednesday night he got up at midnight and wanted to go outside, but my wife wouldn’t allow him. He went back to sleep.

On Thursday my spouse returned to our home in Iloilo. It was time to do our monthly grocery shopping. She would return on Saturday to pick up our nieces JalAmiel and DenDen and nephew Jorreal to visit us for a week. Sharwen and Shaina would remain in the mango province for the time being.

Sitting at Jollibee’s this Friday morning eating some pan de sal with sausage (hold the mayo.) My wife is on the phone with her sister Alida. My sister-in-law has been released from the hospital is and doing fine now. But bad news. Seems that lolo has escaped. Alida was not able to stop him from returning home. No one could convince him to stay. He listens to my asawa (as I wisely do) but no one else. 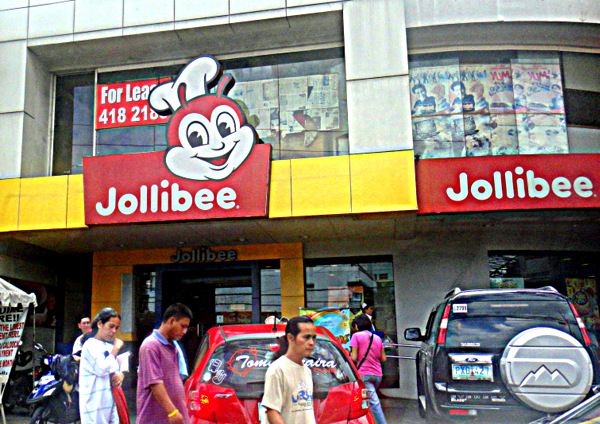 My father-in-law has been trying to pick fights with Alida’s husband, brother-in-law Joery, who he claims is threatening him. He’s also conversing with his invisible girlfriend again. Looks like the visit to the Filipino medicine man  has not helped. Things are not looking good for lolo.

Update:   My asawa has gone to Guimaras to deliver groceries to lola, her Mom, and pick up our nieces and nephew. She had planned to visit her father at his home, hoping to find him there. He has no cell phone. No way to contact him.  However, the family has received an urgent message. Lolo had been seen wondering in the jungle in Ravina during the night, far from his home in  Buluangan. He has not been seen since. Many relatives are out in the area looking for him. Hopefully, he will be found soon.