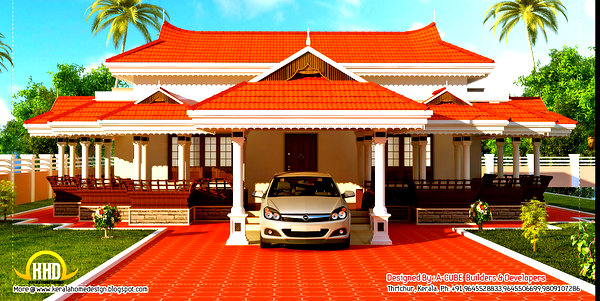 An independent contractor is being hired to build our new home in the Philippines. As Lolo’s (my father-in-law) nipa hut nears completion, work will begin shortly on our new house located on our island province of Guimaras in Western Visayas. We had previously spoken to “Boy” in late October and while he has an architect that is developing the plans for our new digs, we felt the price that this Filipino contractor was asking for labor was way too much. He was requesting 4,500 pesos per square meter for labor costs.  Over 24,000 US Dollars. We would pay for all the materials. Our abode will have over 250 square meters in floor space meaning that the labor costs alone would be over 1 million pesos. This was not acceptable to us.

But we only have five people on our nipa hut crew, recently adding a new member this week. We will need a much larger construction crew for the new domicile  and a recent text from Boy prompted a discussion between my wife and I. Boy informed us that the architect had completed the floor and foundation plans but was requesting a deposit. We decided to put down 1/3 of the 15,000 peso architectural fees, 337 USD.   The planner still had to complete the exterior and roof plans and submit the plans for approval from local engineers who would sign off on the design,  an important step in obtaining a permit to build.

Meanwhile, my better half had a chat the other day  with Danit, husband of Cousin Emma, owner of The Jade Market and Hollow Block Factory, where we purchased our concrete blocks for the nipa hut. Danit, who works for the DPH, Department of Public Highways, has an architect/contractor friend in nearby Iloilo City who could give us a bid for construction of our new homestead. We could give Danit a copy of our new plans and he could submit them to his friend. 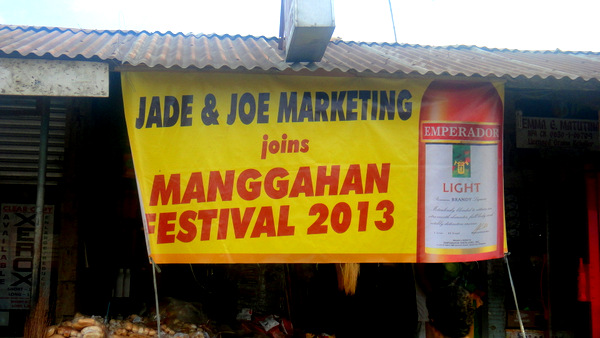 When Boy delivered the house plans, my wife did most of the talking, as Boy’s English skills are limited. They jawboned in their local language, Hiligaynon, often referred to as Ilonggo, for several minutes. Then I heard the phrase “4,500 pesos” and I knew my asawa was discussing price. When she mentioned Danit I knew she was bringing Danit’s architect/contractor friend into the equation. My wife is a sharp negotiator and after a couple of more minutes my wife filled me in.

“Boy is willing to do the labor cost based on 35% of the material. So if the material costs 200,000 pesos he will get 35% for his labor costs,”my sharp spouse informed me.

“So he is going to drop the 4,500 per square meter request and go with 35% of the material cost for his labor?” I asked to make absolutely sure. “Even if the material costs are one millions pesos, the labor costs will be 350,000 pesos which is a lot cheaper than the other price he quoted before. I can agree to that” as I reached over and shook our new independent contractor’s hand.

I’m not sure Boy understood that the deal was sealed but my asawa spoke to him again in Ilonggo but I heard her mention Danit’s name again and the word architect.

“Wait a minute, “ I said, interrupting my wife, “ there is no need to contact Danit’s architect friend. If Boy gives us this new deal, I will accept it and he will be our foreman for this project.”

But the negotiations had not ended. Our new foreman/contractor now informed my partner that since there would be no material involved in the digging of our foundation, he would need a separate payment for that work. 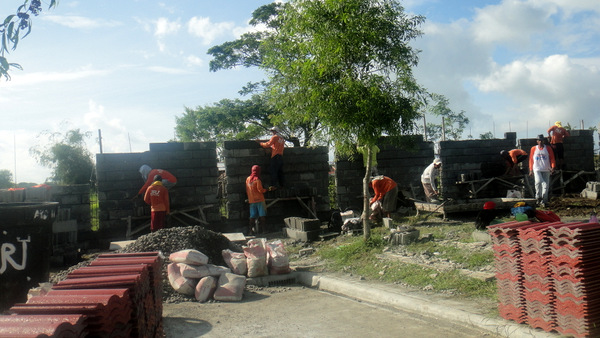 Since the work would take two weeks and would involve a crew of 14 men, plus the fact we would have over a 250 square meter living area, I agreed to that figure, which amounts to 225 US Dollars.

Now you might wonder why we wouldn’t try to rent a front end-loader. Remember, we live in a rural province of Western Visayas in the Philippines that only has a total population of 163,000 people on the island. Our rental options are limited though there is a Filipino on the island, not far from us, who has a major hoard of construction equipment.

I checked with two of my expat friends who have recently completed construction of their own homes and both recommended having the work done manually by a crew and not a front-end loader as the equipment available on the island would not be suitable for our needs. Since Boy is bringing his own crew with their own shovels, I will go with the manual labor option.

Boy also explained to my wife that he now wanted three more exclusions to our 35% of material figure: the laying of floor tiles, painting, and the ceiling.

Our new independent contractor that we were going to have build our new home in the Philippines explained that for every tile laid, the cost of each tile would equal the labor cost. For example, if 100 ceramic tiles at 35 pesos each were put down, then the labor cost for that tile work would be 3,500 php, around 80 US Dollars. I was OK with that but later told my wife that when I draw up the contract for this agreement (which we will  submit to a lawyer and have notarized in Boy’s presence) I will stipulate that we, the clients, have the right to reserve our own crew to do the painting and the ceiling work.

Plumbing, electrical, the steel trusses and the roof and all interior and exterior construction will be covered by our agreement. Boy has an excellent reputation on the island and is known to do superior work. These exclusions were certainly not deal breakers for us. I know of several expats in Guimaras who have used his services and highly recommend him as an honest and knowledgeable foreman.  Yes, we could have contacted Danit’s architect friend, but I made an executive decision to go with Boy.

Now, I have written in previous posts that our brother-in-law Joery, who has been supervising the new nipa hut on our property for Lolo,  would also be the foreman for our new residence. But Joery has many irons in the fire, building a new schoolhouse for his wife’s new preschool, in addition to a sari sari store on their property that he operates along with his salted egg business. Joery is also the chief cook for his household which includes his wife, of course, and his three children and our niece Michelle, who teaches at the preschool. I get tired just watching the guy work. 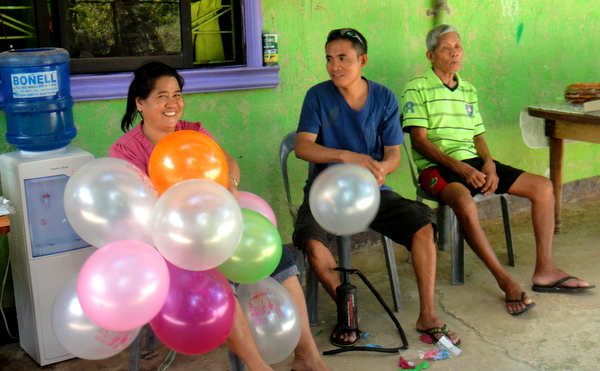 We have been able to retain Joery, and Doening, another relative whose daughter is our housekeeper, for Boy’s crew.

Boy will take care of the payroll for his crew. My wife, who has been handling the payroll for the five man nipa hut crew, has too much work as it it, caring for her dementia-afflicted father, who lives with us, in addition to taking care of a household of six people at “The Farm.” She will be still be purchasing all the materials and snacks for the larger crew and doesn’t need the additional payroll duties.

An independent contractor is being hired to build our new home in the Philippines? Yes. I still will not micro-manage and refuse to go to the job site every day but will, once our new truck is purchased, make weekly visits to the site as the construction of our new cubbyhole will take 5-6 months. Look for updates on the new homestead in upcoming posts of Philippines Plus.