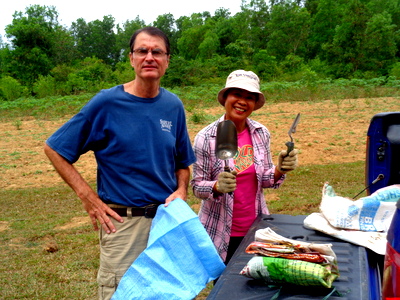 I seriously doubt that many of my readers were collecting cow poop in the Philippines on Valentine’s Day. I wonder how many people all across America were doing the same. Perhaps some couples were celebrating Cupid’s Day by waiting in line for an hour (or more) at their neighborhood Olive Garden or Outback restaurant, stomachs growling, perhaps wishing they were alongside Captain Tom picking up poop. Then again, maybe not. 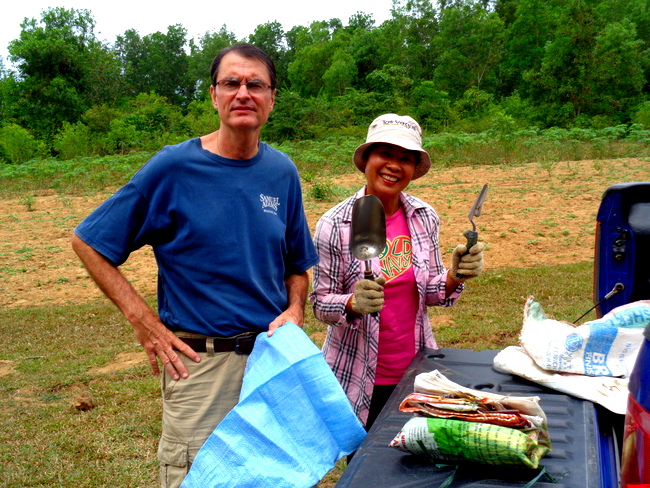 So how do you collect cow manure in the Philippines on Valentine’s Day, or any other day, for that matter?

First, get some poop collectors, such as Captain Tom, and my lovely asawa. Make sure you have some poop bags on hand and the proper cow manure collecting tools. 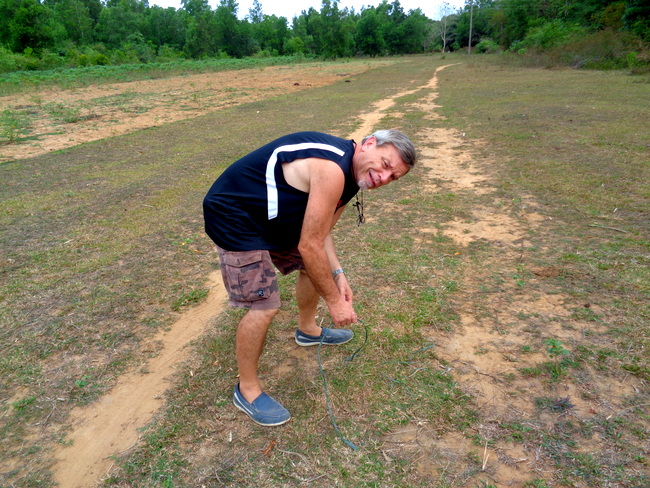 Have a qualified poop spotter on hand such as the crusty old expat shown in the picture above. This particular American in the Philippines is extremely skilled at spying cow manure and B.S. miles away. In this shot the decrepit senior is retrieving some bamboo straw that he carelessly left behind while moving a Ford Ranger used to haul the poop party to the site. The straw is to be used later to tie up the poop sacks. 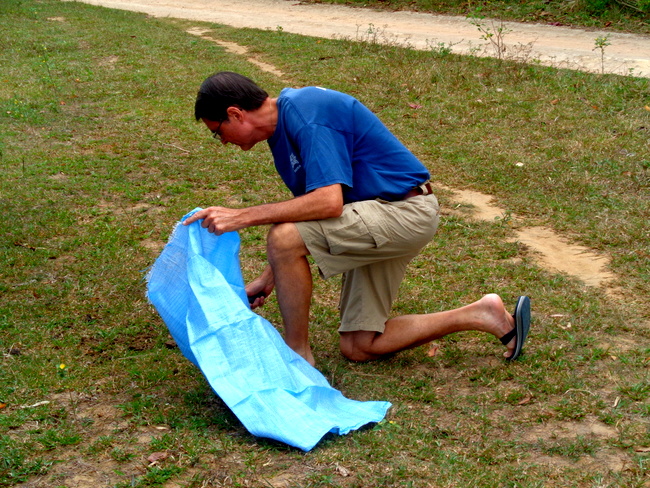 Make sure your manure handlers are skilled in collecting cow and carabao leftovers and do not have an aversion to the crap. If you have house guests like Captain Tom, pressing them into service for collecting cow poop is one way to encourage them to shorten their visit.  However, Tom,  took time off from his online graphic design business, Line of Sight, for this endeavor and actually volunteered for this duty. 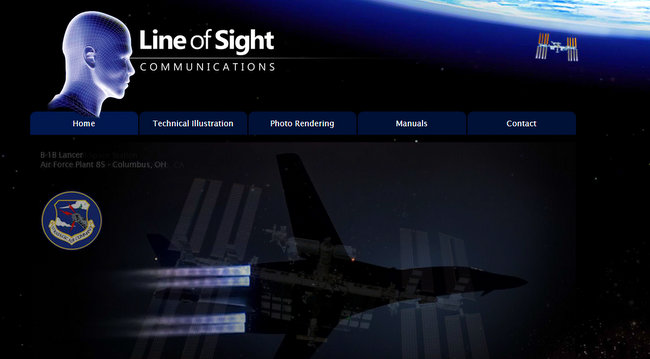 
Tom is a free-lancer available for web design, technical illustrations, manuals and other graphic design work and can be reached by using his website’s contact form available here. 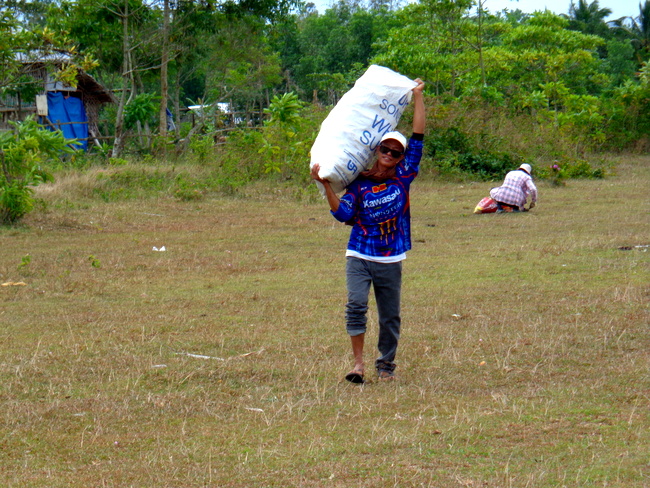 It’s always helpful to have volunteers like Gerry, our former caretaker at “The Farm,” seen above, show up in the middle of a cow pasture, to drop by with their own bag of cow poop for the cause. The cow manure is used by my asawa as fertilizer for the flower garden we have at our new home in the Philippines. My wife believed that the field we collected the manure from would have much more crap on hand but Gerry informed her that monks from the nearby Trappist Monastery had already descended on the field and collected a huge pile of crap of their own.

Of course, when brother-in-law Joery’s cow, Hulk, was around, we didn’t need to go on a poop-hunting mission. But since the Hulk’s demise, my asawa thought this poop patrol near our former digs at “The Farm” was necessary. I agreed, hopeless romantic that I am. 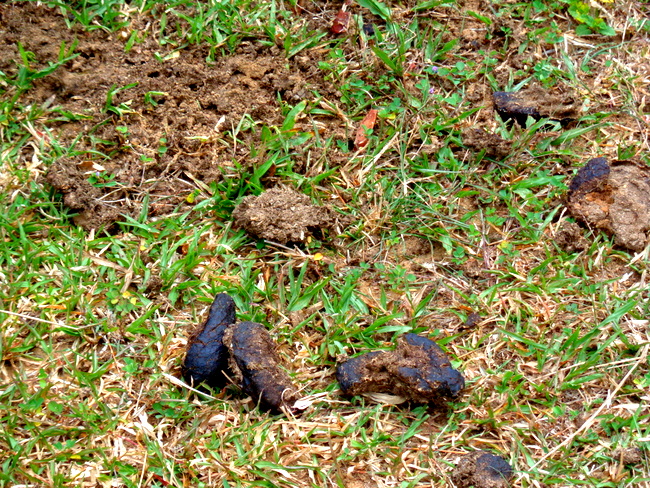 You need to know your poop. The cow manure shown above is fine quality, dried out and ready to be collected. 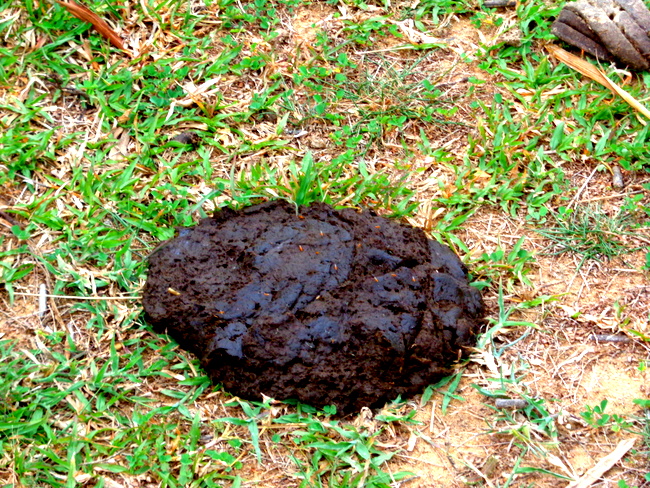 Wet poop, shown above, is not ready for the poop sack and should be avoided. 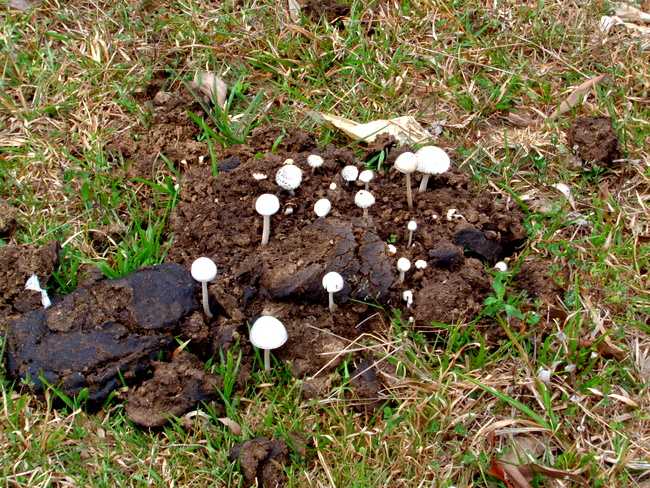 You might also have mushrooms growing out of a pile of cow poop. Captain Tom is shown in the following photograph taste testing the mushrooms. And no, he didn’t wash them off first. 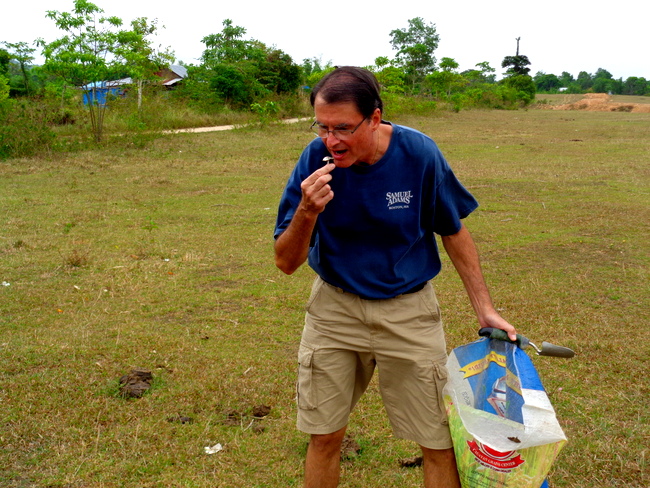 A nearly full poop sack is almost ready to be tied up and hauled into the truck. 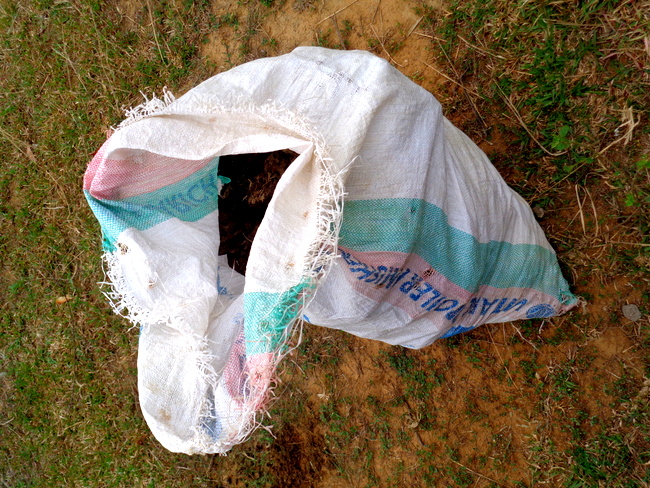 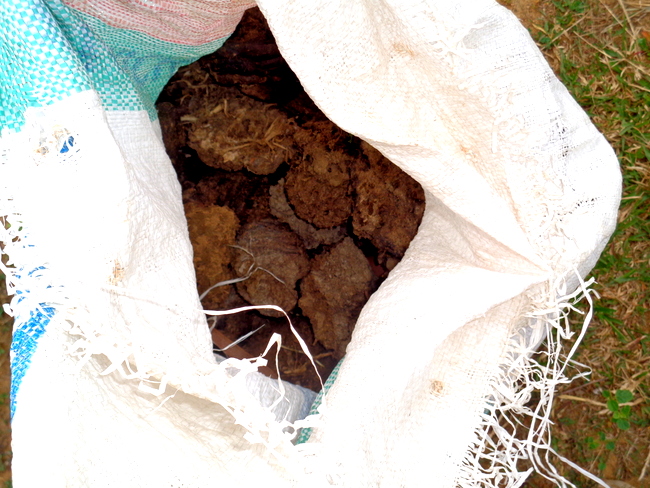 Here’s a close-up look at some excellent, mint-condition cow poop. 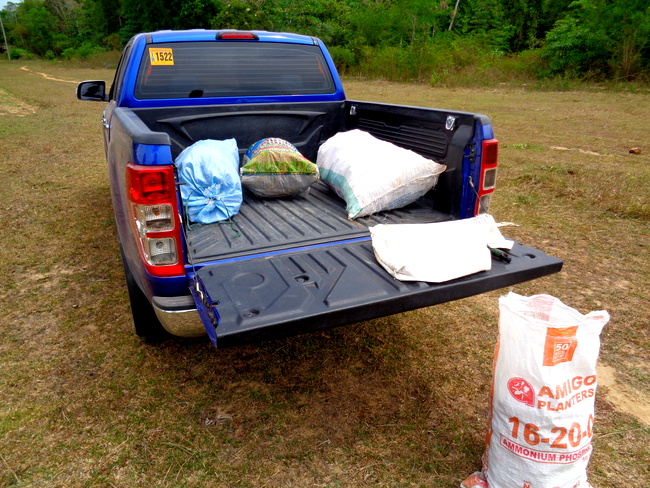 Only a few more sacks to fill up and we can return home.

What a great way to spend Valentine’s Day in the Philippines!