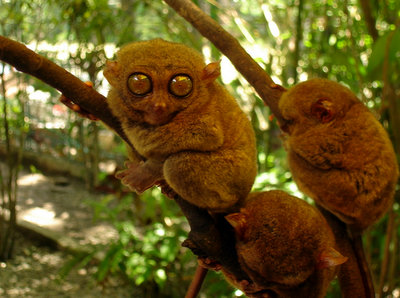 During a recent tour to beautiful Bohol, we visited the Tarsier Sanctuary. The Philippine tarsier is a species of tarsier found in the Philippines. It can be seen in the southeastern part of the archipelago, particularly on the islands of Bohol, Samar, Leyte and Mindanao. It is a member of the approximately 45-million-year-old family Tarsiidae, whose name is derived from its elongated “tarsus” or ankle bone. (Source: Wikipedia)

The Tarsier Sanctuary in Bohol was one of our day tour’s destinations, though I personally felt it was a mild disappointment. We only had about 20 minutes to walk through the sanctuary. The tarsiers are nocturnal creatures and were fast asleep when we stopped by for our short visit. I wanted to see them with their huge eyes wide open, frolicking in the jungle. 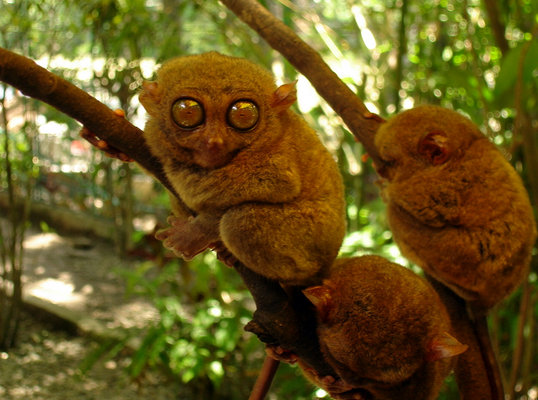 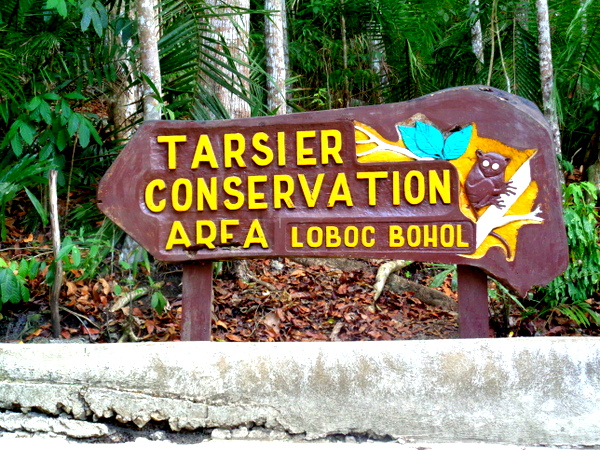 Not the world’s smallest monkey

“The world’s smallest monkey” is often used to describe this very peculiar creature.  However, it is not a monkey. In truth, its classification is somewhat problematic. Some scientists consider tarsiers to be a taxonomic suborder among the primates. While, because they are closely related to lemurs, lorises and bush babies, others classify them with the prosimians to which these animals belong. Monkeys and apes belong to the suborder of anthropoids. (Source: Bohol Philippines) 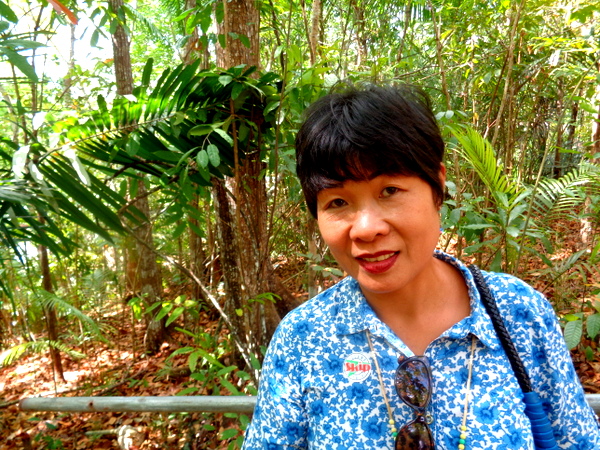 I actually got a better look at the Philippine tarsier after I downloaded these pictures. My wife thoroughly enjoyed visiting the Tarsier Sanctuary and was able to spot them before I could. Maybe the fact that she’s 13 years younger than me had something to do with that. I had a difficult time seeing the creatures even when she pointed them out to me. I think the tarsiers looked like bats sleeping in a tree. 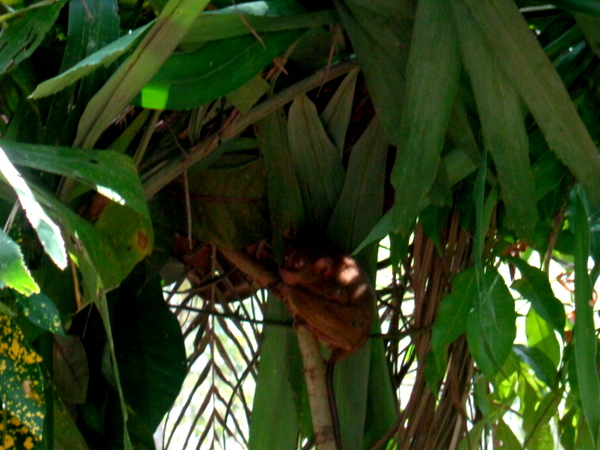 No flash cameras were allowed but of course, the technologically-challenged crusty old expat could not figure out how to remove the flash feature on his Sony Cyber-Shot. I took a flash shot and was gently reprimanded by one of the Sanctuary employees who removed the flash feature for me as quick as, well, a flash.  I was able to figure out how to do this own my own later. Never mind I’ve had the camera for almost two years now. 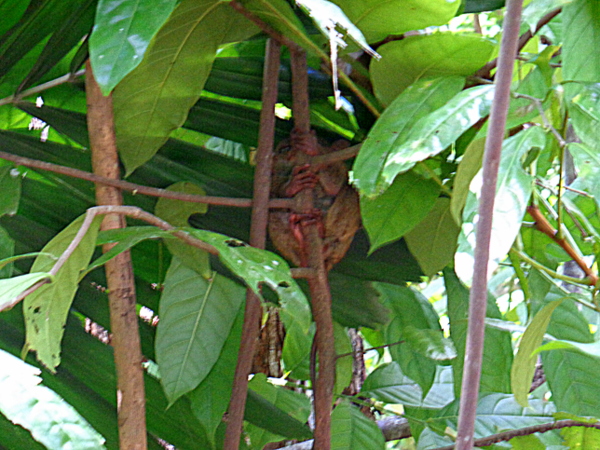 The last shot of the tarsier is cropped and zoomed in but leaves the picture somewhat grainy. But in this photo, you can at least how big the eyes of this creature really are. 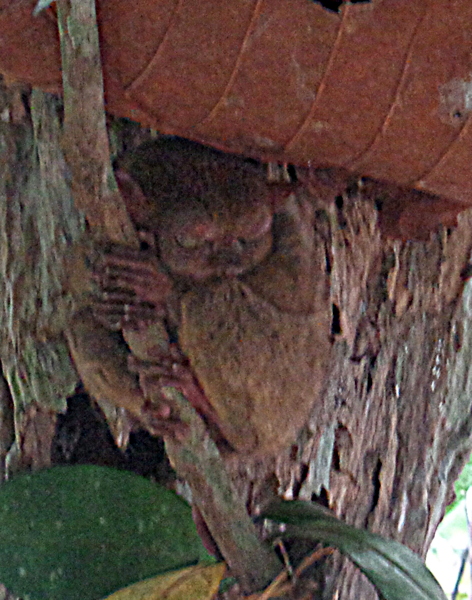 If you’re going on a day tour of Bohol, the Tarsier Sanctuary, will definitely be on your itinerary. It’s worth visiting, despite the fact that it wasn’t the highlight of my Bohol adventures, in my opinion, but maybe, like my asawa, you will find the visiting entertaining and worthwhile. It takes less than 30 minutes to walk through the sanctuary, just make sure you don’t use your flash like a certain crusty old expat did.

2 thoughts on “The Tarsier Sanctuary in Bohol”