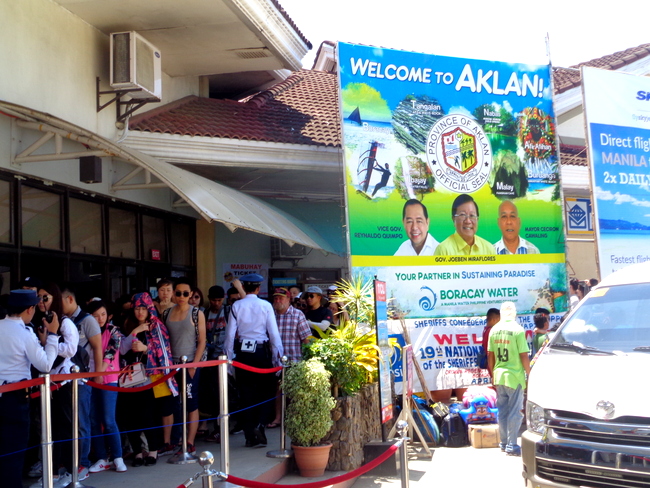 What’s the cheapest way to travel from Iloilo to Boracay? Head out to Tagbak Terminal, the largest land terminal in Iloilo and a popular transit point for Boracay-bound tourists. Tagbak is located along McArthur Highway in Jaro, Iloilo City.

We took a taxi from Ortiz Wharf in Iloilo City. Since we live in Guimaras, we have to take a pump boat to Iloilo since I can’t swim.

As was the case last year, our cab driver zoomed past Tagbak Terminal and dumped us off at the same local transport company as our driver last year did. While I’m sure the local cabbies get a commission from the transport operators, I didn’t complain. The cost for an air-conditioned van that seated 15 passengers was the same as last year, 350 pesos, 7 USD.

The trip from Iloilo to Caticlan Port, the gateway to Boracay, takes around five hours.

My asawa doesn’t like to take a bus and usually opts for a passenger van for long trips.

About an hour into our drive and after our youngest niece had already vomited twice, we entered the outskirts of Passi City. [Editor’s Note: Our two nieces and a nephew that accompanied us were supplied with Bonamine, a medication used to combat motion sickness, an hour before we left in the transport van. Our nephew threw up later. Plastic bags were on hand.]

We encountered a massive traffic jam in Passi City, reminiscent of EDSA in Manila, and were delayed for at least 30 minutes. While crawling our way through the city we discovered a fiesta parade was in front of us causing the delay.

While we inched our way through the traffic, I pointed my Sony CyberShot at a local establishment and wondered if a certain Canadian, a regular at Philippines Plus, had any stock in that company. 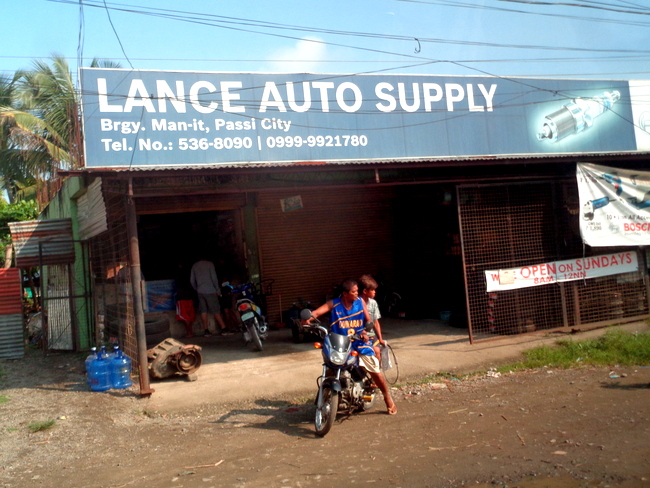 After finally exiting Passi City our driver made a pit stop for those needing a cigarette break or Comfort Room stop. Yours truly, the crusty old expat, always stays in the van, never brave enough to use the local restroom facilities.

A bathroom break outside of Amarillo, Texas, on Route 66, while as a young child traveling with my parents, scarred me for life. I haven’t smelled such a stench since I caught a whiff of the pig poop from the porkers my mother-in-law used to raise in Guimaras.

But, finally, after a departure time of 7:30 am, we arrived at the Caticlan Jetty Port at approximately 1:15 pm. 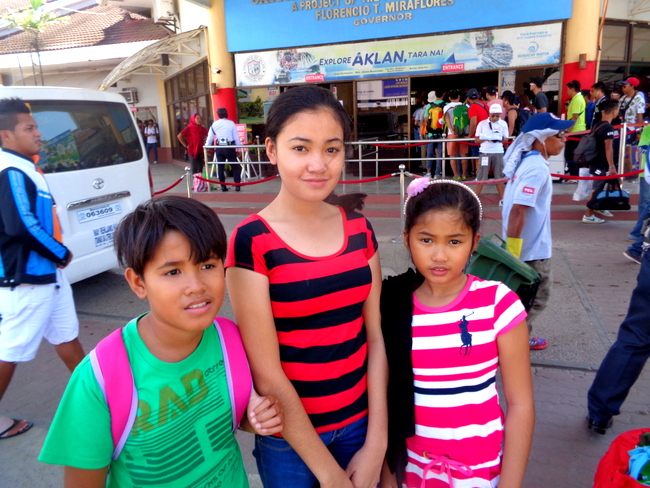 “Due to the numerous complaints of tourists on the slow process of paying fees at the terminal ports, the Caticlan and Cagban jetty ports will implement a unified transport ticketing system early this year.”

Currently, tourists pay three separate fees – environment fee, terminal fee and boat fee – at different windows before they are allowed to go to Boracay. This process delays tourists who are eager to go the resort island. Check out the following photos of the massive crowds trying to squeeze into the main terminal building where one has to register as a tourist. The situation reminded me of entering the gates of hell at the Immigration Office in Intramuros, Manila.

And just when did that report about the consolidation of the payment windows first appear? January 2010. Another classic example of “Filipino Time.”‘ And that, dear reader, is why I asked my much more patient Filipina wife to pay the fees this year as I waited outside with our young charges. The three-window system in Caticlan still exits. 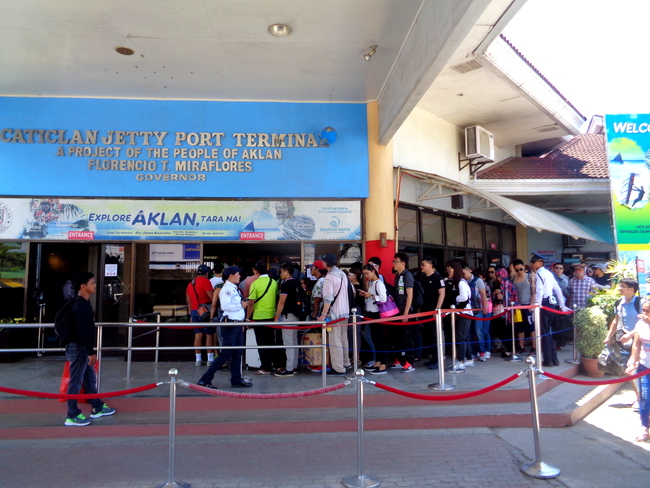 With our terminal receipts in hand, we waited outside to enter the Caticlan terminal. My asawa had been receiving text messages from our local guide, Sir Willy, who had already booked a room for us. (We had met Willy during last year’s trip to Boracay.)

It was now 1:30 pm. In his text message Willy advised us that he could only hold the rooms until 2 pm. We had no idea how long it would take to reach the terminal’s interior. Hopefully, our guide would spot us among the mass of humanity.

I tried calling Sir Willy. His phone kept ringing. The noise level was worse than a wall of speakers at a local fiesta.

Would we reach Sir Willy in time to claim our room?