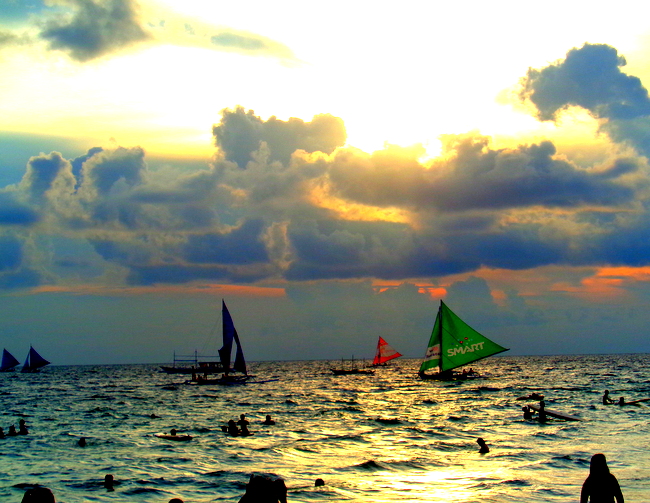 Without a cheaper cost of living than what we were experiencing in the United States, my wife and I would not have been able to retire to the Philippines when we did.

Along with visa questions, many future expats to the Philippines want information about the cost of living. That’s understandable. You want to live somewhere you can afford.

I know that’s something I researched heavily before my Filipina wife and I retired to the Philippines in 2009. It’s only natural that you would be curious about how much it will cost to rent a home, buy food, or pay those monthly utility bills.

Isn’t that the mantra of real estate agents worldwide? It applies to the Philippines, also.

Where you choose to live will directly impact your cost of living in this archipelago.

Do you plan to live in some high rise luxury condo in Makati in the Metro Manila area?  I’ve known some expats who had such condos and paid as little as 12,000 pesos a month, 240 US Dollars.

Or do you plan to live in a nipa hut in the province, a rural area, of the Philippines, and adopt a “native lifestyle. Perhaps a room in a boarding house might suit your budget.

One of our nieces in Guimaras recently rented a room in a boarding house in our province in early 2022. She pays 3,000 pesos a month, 60 USD for a room. However, she has her own private CR and the rent covers electricity and water costs.

In addition, she can walk to her place of employment, her auntie’s private school where she is a teacher, in a couple of minutes.

Frankly, if you’re a single person moving to the Philippines you can live on $1,000 a month or less. Our monthly budget is now approximately $1,400 a month due to additional expenses for our swimming pool and our eight canines. Our Ford Ranger was paid for in cash. Our 4,000 sq. ft. home and our swimming pool in the backyard was also paid for in cash.

Our swimming pool in the Philippines. You CAN live the “American Dream” in the PH!

Another reason for our move was that I wanted some change in my life and was bored with the same routine day in, day out. Moving and living in the Philippines would be a major lifestyle change, and I felt such a radical move would really shake up my life.

I was getting older and could not fathom living out my retirement years in our small town in Central Illinois just watching television every night, mowing our big lawn during the summer and shoveling snow in winter.

No more shoveling snow in the Philippines!

Our move to the Philippines certainly has altered my lifestyle for the better. For the first five years before we cashed in our T-72 IRA, we did struggle at times. We were supporting my mother-in-law, three nieces and a nephew and helping out two other nieces and a nephew when we first moved here in 2009.

After about a year living here I met up with a group of foreigners. We would meet, along with our Filipina wives, at a local hotel restaurant every Friday evening. I would highly suggest finding a group of expats you are comfortable with.

It was good therapy to speak with some foreigners and quaff an adult beverage or two.

3. My Filipina wife’s relatives were all in the PH

The third reason why we decided to move to the Philippines was that I wanted to have the peace of mind that someone would take care of my wife after I had left this world. I am 13 years older than my loving asawa and probably will be the first to go.

My spouse had no relatives in the United States, as is the case with some Filipinos living there. Without me around she would have had no one to take care of her.

I did not want her to end up in a nursing home in her old age. I realize that she could probably take care of herself having spent years working overseas under extremely harsh conditions. However, I felt more comfortable knowing she would be with her family in her later years.

I know she will be cared for when I’m gone by the countless nieces and nephews we have in the Philippines.

We’ve found our niece Michelle to be the most dependable of all of our relatives, aside from my brother-in-law and sister-in-law that live on our island province.

While living so close to the relatives can sometimes be a mixed blessing, I have no doubt that Michelle will take of my beloved wife when I go on to meet Jesus.

The crew at our Manggahan Festival pre-pandemic. My lovely wife is on the left. Brother-in-law Joery and our nephew below look like they’re falling asleep!

I knew we could live cheaper in the Philippines than we could in our small town in Central Illinois. Although compared to other parts of the United States our cost of living was not as high.

My job at AT&T had changed, and I was extremely displeased, bored, and frustrated with the new work we had which was in the billing department.

I was thinking more and more of collecting a lump sum retirement payment from the company and taking an early retirement ASAP.

I had enough years of service (ended up with almost 30) and was old enough so I could retire with full benefits which included health care for my wife and me if we stayed in the States. While we cannot use my company’s health benefits in the Philippines, the aforementioned PhilHealth plan does help.

Moreover, I do have Medicare and can fly to nearby Guam, a U.S. territory if need be. In addition, I still have a life insurance plan from AT&T which costs me nothing.

Fortunately after I turned 55 the money in my company retirement account more than doubled. The talk of selling our home and moving to the Philippines increased.

My Mother had recently passed away after a yearlong battle with cancer, and my Dad had moved back to Las Vegas with a new companion he had found. Thus, I felt I could leave the United States knowing someone would be taking care of my Dad. (Dad, too, sadly, has passed away.)

My wife and I have no children, so we didn’t have to worry about uprooting kids from their school and friends and moving them to a foreign country.

Our union’s contract with AT&T was going to end in June 2009. There was talk of taking away the lump sum retirement option. That would have meant I would have had to wait longer to collect my pension. I didn’t want to do that.  Retirement from Ma Bell and moving to the Philippines was on the horizon.

5. My wife already owned her own house and property in the PH

My last major reason for moving to the Philippines was the fact that my wife already owned a house and lot in a small town in Guimaras. My wife spent years working overseas to pay for the construction of the home. The house and lot were paid for.

Since I was not able to collect Social Security yet, and we had a fixed monthly income, I did not want the added expense of renting a house. Why do that when we had one already sitting in the Philippines?

However we eventually moved out and headed over to Iloilo City due to problems with my mother-in-law. We returned to Guimaras more than a year later and started construction of our new home.

Our home in the Philippines

These were my five major reasons for moving to the Philippines. There’s many more I could add such as my celebrity status, peeing in public and burning trash outside without getting a big fine from the city.