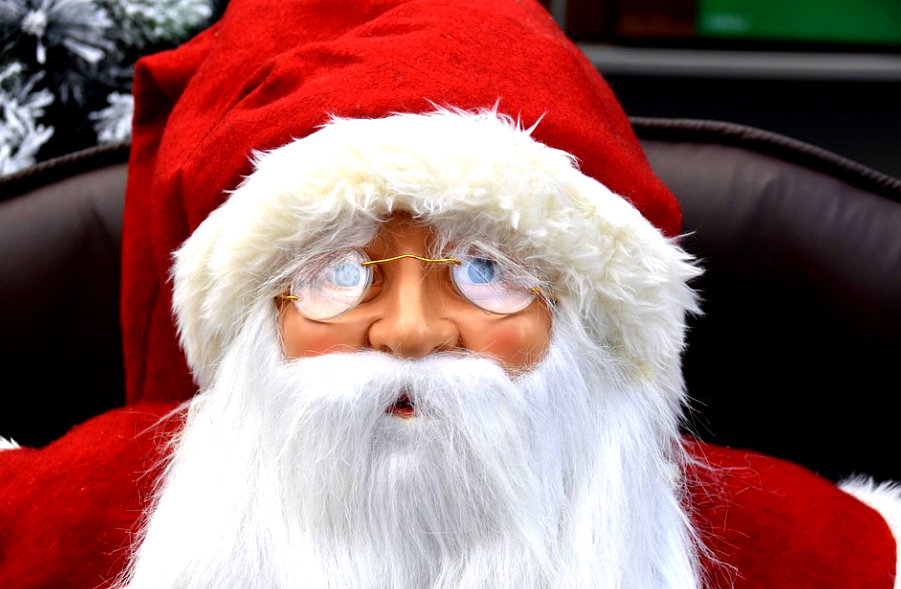 THE PHILIPPINES HAS THE LONGEST CHRISTMAS SEASON IN THE WORLD

September marks the beginning of the Christmas season in the Philippines. Yes, you’ve read this correctly. I remember when I first experienced this phenomenon back in September 2000. September is the firsts of the “BER” months, followed by October, November, and finally December. Of course there’s no historical basis for celebrating the birth of Christ on December 25th, but this is the traditional date for most Christian religions. Therefore, since the Philippines is an overwhelming Catholic country, it’s no surprise that the archipelago has the longest Christmas season in the world.

I was on vacation visiting my wife in the Philippines. It was the second week of September over 20 years ago. We were married in Manila in January. My spousal immigration visa application from the United States hadn’t been processed and approved yet. Thus, I took a two week vacation in September of that year to visit my new bride. (Thankfully, my wife joined me at our new home in the Midwest two months later.)

We had been shopping at a SM Mall.

As we rode down the escalator of the SM Mall, I thought I heard Christmas music blaring from inside the shopping center. I was confused as a goat on AstroTurf. How could this be? It was only September. Back in the States, we don’t hear any Christmas music at the malls until December. Thanksgiving marks the beginning of our Christmas season in the States. What was going on?

My wife explained the “BER months” tradition to me.

Not only do Christmas songs start playing in the malls in September but also on the radio. Christmas lights and decorations begin going up. (We actually put up our Christmas tree the first week of October now.)

So Why Start the Christmas Season so Early?

So why do Filipinos begin their Christmas season September 1?

“The most simple explanation for the Philippines’ long Christmas season is our psychological framework to count down the days to big celebrations,” said Bro. Sorita, in a quote from Rappler.com.

The Philippines has over 10 million workers overseas. As mentioned beforehand, the Philippines is predominantly Catholic, with about 85% of the population professing to be Catholic. Consequently, the Overseas Filipino Workers, OFWs, usually begin sending more remittances back to the Philippines in September and throughout the “BER” months. Christmas is a huge deal in this Southeast Asian country with the primary focus being on celebrating the birth of Christ, not Santa.

Before the pandemic, children would go house-to-house singing Christmas carols. People put up their Christmas decorations three months ahead of Christmas.

Nothing against the jolly, old, girth-challenged one, but if you rearrange the letters of Santa, it can be spelled out as “Satan.” I learned this at a Pentecostal church I attended back in the States many years ago. The Pastor, God bless him, wouldn’t allow Christmas trees in his home although he had two young children. Christmas trees actually began as a pagan practice centuries ago. There’s really no actual timeline as to when the “BER” month tradition began in the Philippines. However, could it be propagated by the retail malls in the country? While brick and mortar stores have lost income during the pandemic, the online retail business is booming. But theologians dismiss the notion that retail outlets started the “BER” tradition.

Whatever the reason for the longest Christmas season in the world, my wife has dropped several items in her Shoppe cart. She’s already began shopping for Christmas, I, too, will do my shopping for my wife online.

Get going on that shopping! Only 114 Days until Christmas!