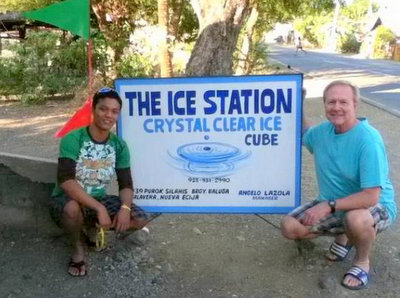 “My wife and I started two small businesses in Nueva Ecija and employ the family members so that they can provide a little bit for themselves. It certainly isn’t much but allows them to stay home and not have to look for work in strange and dangerous places. I encourage my fellow ex-pats to pony up a little bit of that retirement fund and put your in-laws to work!”

Monty was responding to a recent post I published, “Sister-in-law Marjorie at Risk in Kuwait.” I asked Monty if he wouldn’t mind sharing what those businesses are. He sent me the following email which I greatly appreciate. A BIG thanks to Monty for sharing this. Here’s the email which he said was OK to share along with some terrific photos: 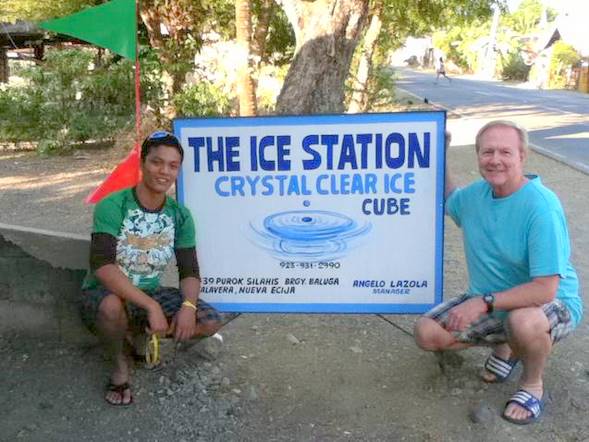 “The first time I visited my wife’s family in Nueva Ecija, I was treated to my first San Mig.  But I noticed 2 things:  I could only buy it by the bottle and it was hard to keep it cold.  I kept asking, “Where is the liquor store, so I can buy a case of beer, and a bag of ice?!!”  Well, no store and no ice.  The worst part was no cold beer.  Here’s why:
The only ice available was sold by a guy in a little shed along the road.  He kept a block of ice under straw inside the shed.  To buy the ice, I’d have to chip off a chunk, wash it off and put it in my little styrofoam cooler (wrapped with packing tape, of course?!!)  If I didn’t buy it by nine or ten o’clock in the morning, it’d either be gone or melted.  When happy hour rolled around in the evening, there was no ice to be found.  I’d be drinking lukewarm beer!  I gave my brother-in-law a few pesos to hop on his motorcycle and cruise far and wide, up and down the road, to find someone with ice.  Nope, no ice.  Hmmmm……….the seed of an idea was planted in my mind.
On my second visit to Nueva Ecija, I did my own bit of research and visited the other markets and villages in the area.  It was the same story:  guys in little sheds, trying to keep  blocks of ice cold under a layer of straw, melted or gone by late morning, warm beer by late afternoon.
I shared my little business idea with my wife and father-in-law.  They thought it would be a winner!
Long story short, by my next visit to the venerable province, I had leased a small storefront along the roadway, purchased a commercial ice maker and water filter, and within a short time was open for business.  I would be the first to provide bags of clean, clear, cubed ice.  The price would initially be very low, because we had to compete with people selling “ref ice”,  the little tubular bags of ice they make in their refrigerators.  In my planning, I hadn’t known about that aspect, but I captured their business pretty quickly. 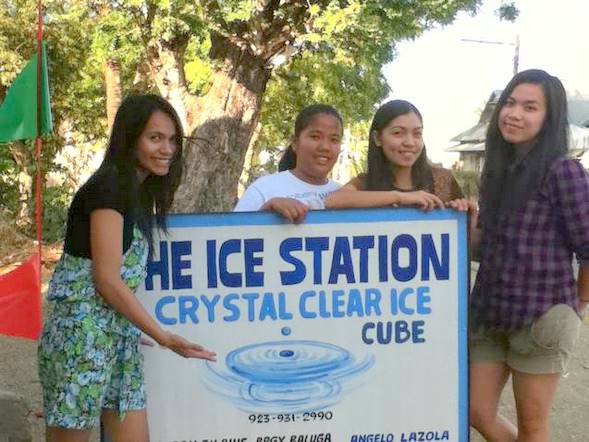 The storefront was larger than I needed for my ice business alone, so my wife, Vilma, and I set up her sister, Raquel, with a sari-sari store next door.  While there is an abundance of sari-sari stores everywhere, we made this one special by selling sundries and notions that others didn’t carry.  Also, Raquel seems to be a natural salesperson!  She was drawing customers faster than my ice business!
Frankly, it took a little while before people caught on to the concept of clean, bagged ice.  They were also timid about buying from an Amerikano.  As soon as I stepped back and let my “manager” (my brother-in-law Angelo) take over, sales picked up.  Okay, I was content to sit in the background and enjoy some cold, really cold, San Migs.  When was our busiest time of day, you ask?  Well, happy hour, of course! 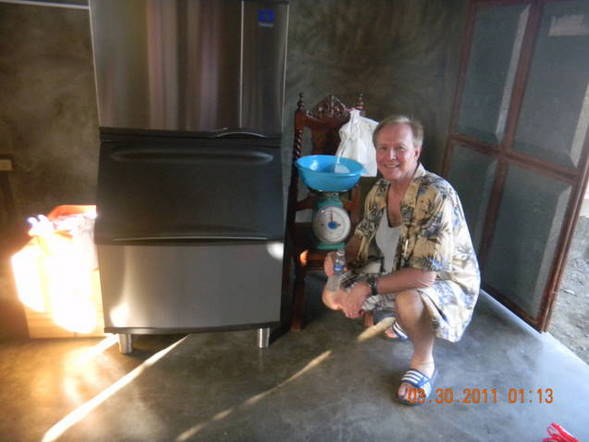 Now back in the U.S., my asawa and I hear from our “employees”  on a regular basis.  Business has been good, but the rainy season has certainly slowed things down.  We are hoping that once the rain stops and the new rice planting season begins, that sales will soar again.  Both Angelo and Raquel earn enough money to pay the storefront rent, the electric and water bills, draw a salary, and put some profit in the bank for yours truly!”
Note some critical things that Monty Man did. He saw a need, got an idea, researched and filled that need. Smart plan! Monty has inspired me to start a similar business for my wife and brother-in-law Joery who lives with us at “The Compound.” Again, Monty, thanks so much for sharing this. Hope this will help my other expat readers out there. I know it certainly has proved beneficial to me. If you have something about the Philippines you would like to share, just send me a email via the “About/Contact” section listed at the top upper left-hand page of this website. I’ll be happy to publish it. 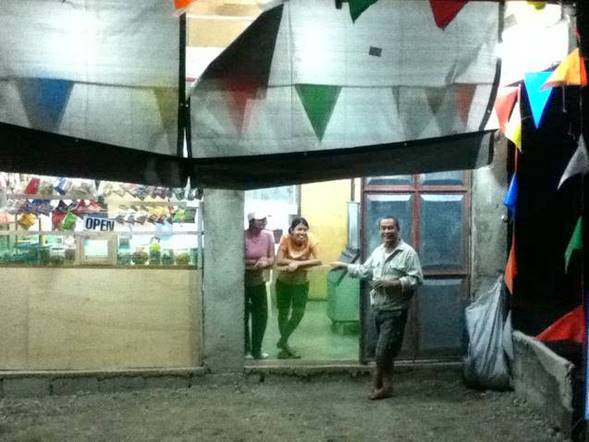