My loving asawa has been suffering with chronic lower abdominal pain for months. While I’ve attempted to persuade her to visit a doctor she has stubbornly refused. But a recent stomach pain attack could not be fended off by the pain reliever Buscopan, and necessitated another visit to our local emergency room in Guimaras, the island province we call home.

Restricted Diet Advice from the Doctors

After a visit to Statlab in nearby Iloilo City for an ultrasound and blood work analysis, upon the Statlab’s doctor recommendation we visited a specialist at Medicus Hospital. The specialist, Dr. Elvie, determined my wife needed to undergo an upper gastrointestinal (UGI) endoscopy. We scheduled the procedure for the end of July.

Upon return from Iloilo City later than afternoon my wife was fine. We had filled the prescriptions recommended by both doctors we had seen that day.

Following the advice of the specialist, my wife had to refrain from drinking coffee, soft drinks, and spicy, fatty and fried foods. However, the day after the trip to Iloilo, my better half consumed pork and red rice for lunch. The pork was prepared in a pressure cooker but must not have agreed with my spouse.

That evening, around 7:00 pm, my asawa suffered another painful attack in her lower abdomen. I quickly ushered her into our Ford Ranger and sped over to the Guimaras Provincial Hospital again, about a 10-minute drive from our home.

I overtook about four or five tricycle drivers on the way and raced to the hospital. Quickly parking our vehicle, my wife, still in grimacing pain, leaned on my shoulder as we entered the emergency room.

Immediately I went to the front desk and pleaded with one of the male nurses on duty to please administer some pain medication to my wife ASAP.

After a few minutes my spouse was led to a bed in the ER ward. No medication was administered. No doctor was in sight.

As I held my wife’s hand, we waited and waited for some help. None was forthcoming. Unfortunately the helpful physician that was on duty during our previous visit to the emergency room was not working that evening.

After about 45 minutes, with no one at the Guimaras administering any pain medication to my suffering wife, a doctor appeared and spoke to a patient adjacent to my spouse. After around 10 minutes with the other patient the doctor turned around and finally addressed my asawa.

I explained to the “physician” my wife’s condition and that we had been to the ER a few days earlier. The young female “doctor” merely looked at the prescriptions I had brought along and simply stated that my better half already had “the complete medications.”

“So you don’t have anything stronger to give her for the pain?” I asked, irritated and frustrated at this point.

“No,” came the reply, “this is only a provincial hospital.”

No Help from the Guimaras Provincial Hospital 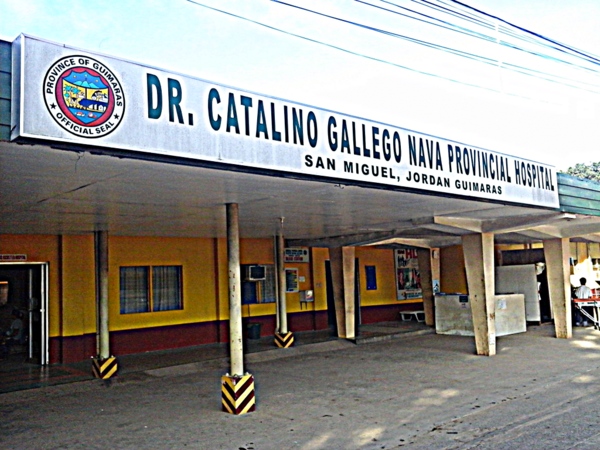 It was beyond my understanding why a fellow physician at the “healthcare” facility was able to provide my wife with some pain relief days just days earlier and this so-called doctor couldn’t.

“We could admit her and administer an IV,” the “doctor” offered.

“What help would that be?” I sternly asked. “Why would I want her to spend another night at your hospital? She had dengue fever in December 2015 and the windows were left wide open so more mosquitoes could come in.”

“I will just bring her to Iloilo?” I informed the “health care” worker.

“We can arrange a transfer,” replied the “doctor.”

“I don’t need your help to do a transfer,” I said. “We’ll go the Jordan Wharf and get a ‘special trip’ to Iloilo.” (The 15-minute pump boat ride from Jordan Wharf to the Ortiz Wharf can be arranged after normal operating hours. By this time it was almost 9:00 pm.)

Race to the Wharf

With my wife still doubled over in pain, I pulled our Ranger over to the ER entrance and helped my wife inside. At that moment a tricycle pulled up as a light rain began to splash across the city streets of San Miguel.

It was our niece Michelle and my asawa’s sister, Alida. Our niece at home, Shaina, had sent a text message to my sister-in-law. Alida jumped into the truck. Our niece had an early class to teach at Alida’s pre-school the next morning and could not accompany us.

The wharf was about 20 minutes away. The blue Ford Ranger screamed like a lunatic banshee into the damp darkness with my spouse still in pain, desperately holding on.