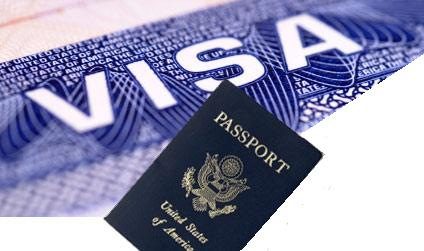 TOURISTS STILL NOT ALLOWED IN PHILIPPINES

Because foreigners are trying to enter the Philippines without a visa, the Bureau of Immigration (BI) sent out a new PRESS RELEASE. Consequently, the BI reminded foreign nationals intending to travel to the Philippines that they must secure the appropriate visa to be able to enter the country.

Moreover, the Bureau has repeatedly made it clear that foreign tourists may still not visit the Philippines.

In defense of the Immigration Bureau, they have no control over the situation. The Inter Agency Task Force, which controls the pandemic policy, has said only aliens with valid and existing visas may enter the Philippines.

Frankly, I cannot not comprehend why anyone wanting to travel to the Philippines would not check the Immigration website for updates. In addition, the airlines should be aware of the restrictions but may be eager to sell more tickets to unsuspecting travelers.

In addition, there is absolutely no excuse for the airlines not to be aware of the travel restrictions to the Philippines.

“FOREIGNERS TURNED AWAY AT PHILIPPINE AIRPORTS FOR LACK OF VISAS”

Are you a tourist or temporary visitor coming to the Philippines for business, humanitarian or other meritorious reasons? Morente explains that you should apply for 9(a) visas and entry exemption documents (EED) from any of the Philippine embassies or consulates abroad.

“Until now we have been getting reports of aliens being turned back at our airports because they don’t have visas at all,” he said.

He lamented that exclusions of improperly documented aliens at the airports continue despite the bureau’s repeated reminders and public advisories on the need to have a visa via its website, the social media sites and the press.

Morente again reminded airlines that it is also their responsibility to see to it that foreigners who booked their flights to the Philippines have valid visas.

Three Foreigners Turned Away at Cebu

The BI Chief issued the statement upon learning that three foreigners were recently turned back by immigration officers at the Mactan-Cebu International Airport (MCIA) for failure to present valid entry visas.

Turned away were two passengers, an Australian and a German, after arriving from Singapore. The other one, an American, arrived last Saturday from Los Angeles, USA.

They all claimed during interview they were unaware that they needed to get visas before coming here.

Two of them said they had Filipina wives who were not traveling with them while the other one said he was going to visit his Filipina fiancée.

“Airlines are subjected to administrative fines if they board improperly documented foreign nationals,” said Morente.  “Hence we wish to reiterate the importance of proper documentation to avoid such incidents,”

The Philippines fell to the bottom of the latest Nikkei Asia COVID recovery ranking this month. The Philippines was the worst among 121 countries based on the recovery from the pandemic.

The new rating came a week after the Philippines also fell to the bottom of Bloomberg’s COVID Resilience Ranking.

According to the Nikkei Asia study, the Philippines still has one of the lowest vaccination rates in the world. Only 30% of the country’s population have full inoculations against the coronavirus as of Sept. 30.

In addition, more than 60 leading physicians in the Philippines recently issued a statement of “indignation and intolerance” over the government’s pandemic response, denouncing the “incompetence, insensitivity and corruption” of the officials leading the effort.

Frankly, dear Readers, it’s not a good time to be visiting “paradise.”